The Department of Psychological and Brain Sciences at IU Bloomington reached out to IU Communications March 2 about an upcoming study in the Journal of the American Medical Association that found no evidence for increased risk of Autism or ADHD in the children of mothers who used antidepressants during pregnancy, a major departure from previous research on the subject. After meeting with the authors of the study, led by IU Professor Brian D’Onofrio, IU Communications produced a news release on the research as well as an FAQ to provide additional context to reporters and the public. IU Communications also provided general interview tips to the authors and worked to coordinate with JAMA.

IU’s news release on the study was posted under embargo on EurekAlert at 8 a.m. April 17, and distributed publicly on April 18. JAMA also put out an announcement under embargo several days prior to publication that highlighted two studies with similar findings about antidepressant use during pregnancy, including the IU-led study.

The story earned strong media pickup, including coverage in TIME Magazine, The Washington Post and CBS Evening News. The CBS report was also carried on the CBS News This Morning and CBSN, the network’s 24-hour live online news station.

Other outlets to pick up the news release included

IU Communications coordinated D’Onofrio’s on-camera appearance with CBS News through its partnership with IU-Radio/Television Services and the School of International and Global Studies, which houses a professional-grade studio capable of HD transmission to television networks worldwide.

On Dec. 15, IU Communications learned that Fil Menczer, a professor in the IU School of Informatics and Computing who is regarded as an international authority on how information spreads online, would launch a new interactive online tool called “Hoaxy” designed to track the spread of “fake news” across social media, with a particular focus on Twitter. 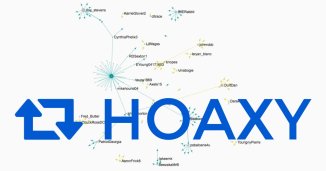 Although fake news had become a major topic in the news in the run-up to the 2016 Election, Menczer and colleagues’ work on the Hoaxy began much earlier, with the first academic paper describing the project appearing online in April 2016 following presentation of the work-in-progress during an academic conference in Montreal, Canada. (The online magazine Inverse later dubbed Menczer “the man who saw fake news coming.”)

In advance of the launch of the new website, a select number of reporters who had previously expressed interest in the project were tipped off about the site. A news release on Hoaxy was then sent out from IU at 10:15 a.m. on Dec. 21, coinciding with the official launch date of the site.

Media coverage of Hoaxy appeared in the following outlets:

In addition, the study was widely shared on social media, including tweets from Germany’s Max Planck Society and NSF Science 360,  a news site managed by the National Science Foundation.

A Dec. 28, 2016, a Daily Mail story on Facebook’s efforts to curtail the spread of fake news on the platform also made reference to Hoaxy.

On Dec. 8, the IU News and Media Team distributed the news release, “Research explains why some presents are great to give but not to receive,” about research by Elanor Williams, an assistant professor of marketing in the IU Kelley School of Business.

The release directly resulted in an article by the Washington Post, “There’s one big mistake everybody makes when giving a gift.

The article subsequently was distributed nationally and has been picked up by newspapers. They include the Middletown Times Herald-Record in Westchester, NY. 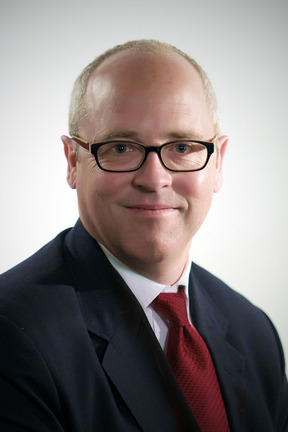 On Nov. 21, prior to the traditional Black Friday, IU Communications prepared and issued the news release, “IU retail expert sees parallels between recent election and holiday shopping picture,” and followed it up with media pitches. The release focused on research and expertise of John Talbott, associate director of the Center for Education and Research in Retailing in the IU Kelley School of Business. Media coverage included:

On Nov. 3, IU Communications prepared and issued a news release, “Indiana University Kelley School of Business panel presents somber economic forecast for 2017,” in conjunction with an event that morning. As a result of advance pitching beginning in October and followup efforts, the forecast received statewide media coverage, which included:

On Oct. 17, the IU News and Media Team issued a news release about research by Kelley School professor Erik Gonzalez-Mulé, “Worked to death? IU study says lack of control over high-stress jobs can lead to early grave.” The research was picked up by Futurity, which exposed it to a new group of media in November. Here’s a broad, representative summary of some of the resulting coverage:

On Aug. 22, IU Communications put out a news release on two studies from the lab of IU Professor of Biology Armin Moczek.

The papers, published in the Proceedings of the Royal Society B and the Journal of Experimental Society Psychology, concerned research on beetles in the genus Onthophagus. By examining the relationship between the head structures in larval versus adult versions of these insects, the studies provided important new insights on how “old” genes can give rise to new traits.

The research also produced beetles with a striking physical feature: an extra “cyclops” eye in the center of the head.

Coverage of the study ran in the following outlets:

The release was also submitted and accepted in Futurity, a daily news roundup of university science news.

Organizations to the share the story on social media included the National Science Foundation and Newswise.

On Aug. 2, Indiana University Communications published an Olympics tipsheet featuring faculty from IU Bloomington, IUPUI and IU Kokomo who are experts in economics, public health, media studies, cybersecurity, public and environmental affairs and business. As a result, professors were quoted in news coverage of the Rio Games, including: 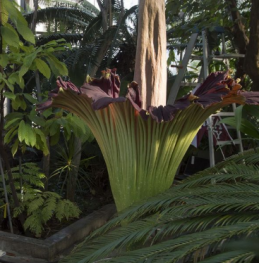 On July 14, IU’s Jordan Hall Greenhouse director sent out a message that the Department of Biology’s rare titan arum (or “corpse flower”) was expected to bloom.

An extremely rare, large flower with a pungent odor that rarely blooms, corpse flowers often attract large crowds at major botanical gardens. This was the first bloom of the IU plant, which was acquired in 2009.

On July 19, the IU Newsroom posted a story about the flower to the Science at Work news blog, which was shared on university’s Facebook and Twitter pages. The IU Newsroom also sent out several tips to members of the media in Bloomington and Indianapolis.

IU’s flower was also mentioned in several national media reports, many of which also referenced other corpse flower blooms occurring at other sites across the country:

Social media also played a large role in driving interest in the flower. IU’s initial blog post on the bloom received over 13,000 page views from July 19 to Aug. 3, largely driven by social media. As of Aug. 2, IU’s Facebook posts about the flower (on July 20 and July 30) had reached over 150,000 unique users and had been shared over 375 times.

A second IU story about the crowds who showed up to visit the flower during its brief bloom (estimated at over 5,000 people) is online at the Science at Work blog.